Introduce Jenkinsfiles to your project repositories to add continuous integration and continuous delivery pipelines in Jenkins.

Over the years services such as CircleCI has grown popular with developers across the globe. The ease of including a build config file and controlling the pipelines empowered developers and promited Agile workflows.

While SasS solutions provided by CircleCI, Bitbucket, and Github, for example, all allow developers to easily define pipelines, the same can be easily achieved with Jenkins.

Jenkins pipeline scripts are handy addition to Jenkins that allow us to write what has been coined as pipelines-as-code. By defining your pipeline jobs as groovy scripts they can be version controlled.

By combining a Jenkins pipeline scripts, Jenkinsfile, with a project repository the pipeline can evolve with the project itself.

In order to run pipelines as code a Jenkins project must be created first.

Place a file named Jenkinsfile inside the root of your project directory.

Jenkinsfile pipeline scripts are written in the Groovy language. The following is an example of a very basic pipeline that tests and builds a NodeJS project.

Node is used to match a pipeline against Jenkins nodes. For instance, a group of nodes can be labelled with “docker” to identify them as having all the necessary packages to run and build Docker images. By setting the node as node "docker" { we can instruct Jenkins to only execute our pipeline on hosts that are running Docker.

Pipeline stages are defined to separate different stages of a pipeline. The most typical stages are “test” and “build”, however, these can be given any arbitrary name. The primary puprose of stages is to organized steps into groups, which is very handy when following a job or troubleshooting an error.

Steps are defined as the actions that are performed in a pipeline. In the example above, we have a number of sh actions, which are shell executions. Jenkins has an extensive library of built-in actions.

The largest benefit of a groovy-based pipeline script is that it empowers you to add custom logic. While Jenkins provides a number of built-in functions, you’re likely to run into scenarios where custom logic is required.

For example, you may be required to create releases of React applications. A typical use case is to archive the compiled output of a React or any JavaScript based application into a compressed tar ball. 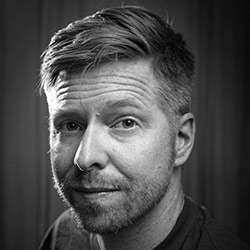 Shane Rainville
Blogger, Developer, pipeline builder, cloud engineer, and DevSecOps specialist. I have been working in the cloud for over a decade and running containized workloads since 2012, with gigs at small startups to large financial enterprises. 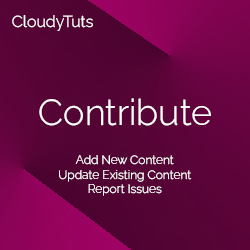 How to Create a Docker Pipeline With Jenkins

How to Deploy Jenkins on Kubernetes

How to Effectively use Kubernetes Quality of Service

Know What's in Your Container Images

How to Deploy Jekyll on Kubernetes

How to Update Kubernetes Deployments